Egyptian President Abdel-Fattah el-Sissi is the new chairman of the African Union, after the tenure of Rwanda’s President, Paul Kagame at the helm of the body ended.

The handover from Kagame to El-Sisi took place on Sunday as the 55-member African Union (AU) convened in Addis Ababa, Ethiopia for its 32nd ordinary session. Kagame has been chairing the AU since January 2018 after he succeeded Alpha Conde of Guinea.

As the leadership changes, analysts already say Egyptian leader, El-Sisi is likely to focus more on issues of security.

In his priorities for the year includes; Building bridges in support of African cultural events, Cooperating with partners regionally and internationally and Peace and security, with a focus on post-conflict reconstruction.

He also intends to focus on Institutional and financial reform of the AU, Expediting the CFTA free trade agreement and infrastructure projects as well as providing employment opportunities, increasing the return of African youth, developing manufacturing, agriculture and fishing.

On Sunday, Moussa Faki Mahat, the AU Commission Chairperson said “the Commission is excited to build on the continental priorities under Egypt’s leadership”.

He also lauded President Kagame for his formidable leadership.

“Mr President, dear Brother @PaulKagame, I would like to say how happy I was to work under your presidency. Your formidable leadership, matched only by your modesty and steadfast uprightness,” Moussa Faki tweeted.

“The last year, time during which we jointly pooled our efforts to serve the continent, was one of valuable lessons. For all this, my warmest and sincere thanks and congratulations for a sterling presidency of the Union,” he further said of Kagame.

While speaking at the summit, President Kagame said he was confident his successor would take the Union forward.

“With our full and unqualified support, there is no doubt that he will take our Union forward decisively, to new and greater heights,” said Kagame.

He cited the signing of the Continental Trade Agreement last year among the steps forward that were achieved. Kagame also pointed out the relaunching of the Peace Fund which now stands at USD 89 million with 50 Member States contributing.

The ongoing summit will also focus on institutional reforms, and the establishment of a continent-wide free trade zone.

The Continental Free Trade Area (CFTA) was agreed by 44 nations in March 2018, but only 19 countries have ratified the agreement, with 22 needed for it to come into effect.

The single market is a flagship of the AU’s “Agenda 2063” programme, conceived as a strategic framework for socioeconomic transformation.

The new AU Chairman comes at a time when the image of the continental body has been tainted and its powers questioned. The AU received criticism a few weeks ago in the wake of the Presidential elections in DR Congo when President Kagame convened a meeting of select African leaders and called for the delay of the final election results citing “serious concerns” regarding the provisional results.

However, days later, the highest court in DR Congo upheld the victory of Felix Tshisekedi. President El-Sisi will be faced with among other complexities and crises in Africa, an uphill task to restore the authority of the body.

Leaders of the regional bloc also unveiled a statue of Ethiopia’s Emperor Haileselassie at the headquarters on Sunday. The statue is the second to be erected inside the continental body’s offices in Ethiopia’s capital Addis Ababa, after one of Ghana’s first leader, Kwame Nkrumah, who championed pan-Africanism. 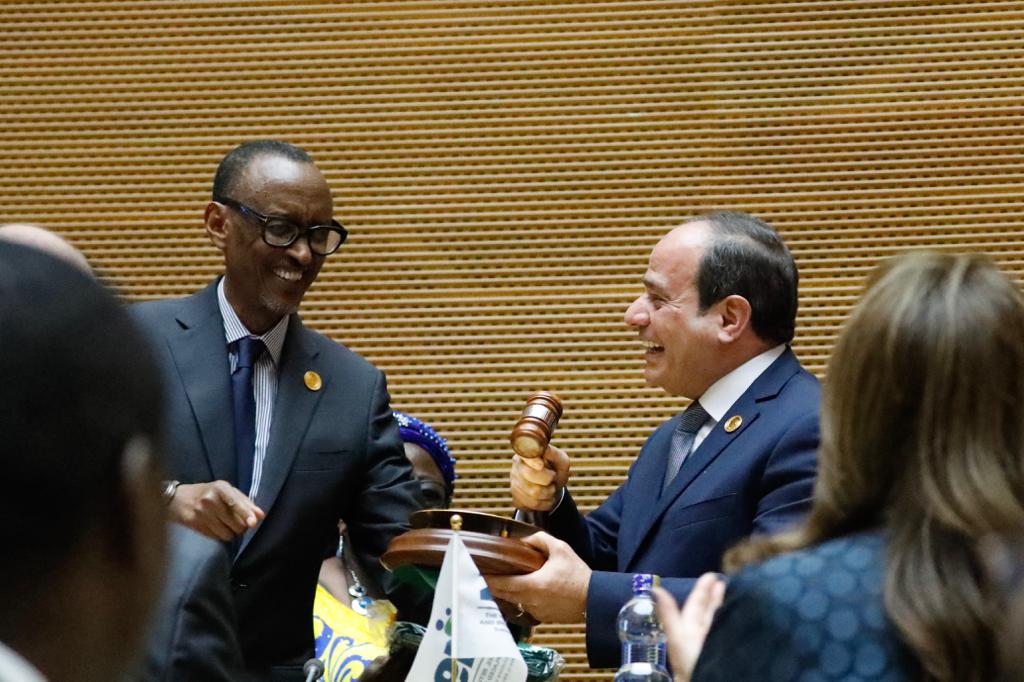 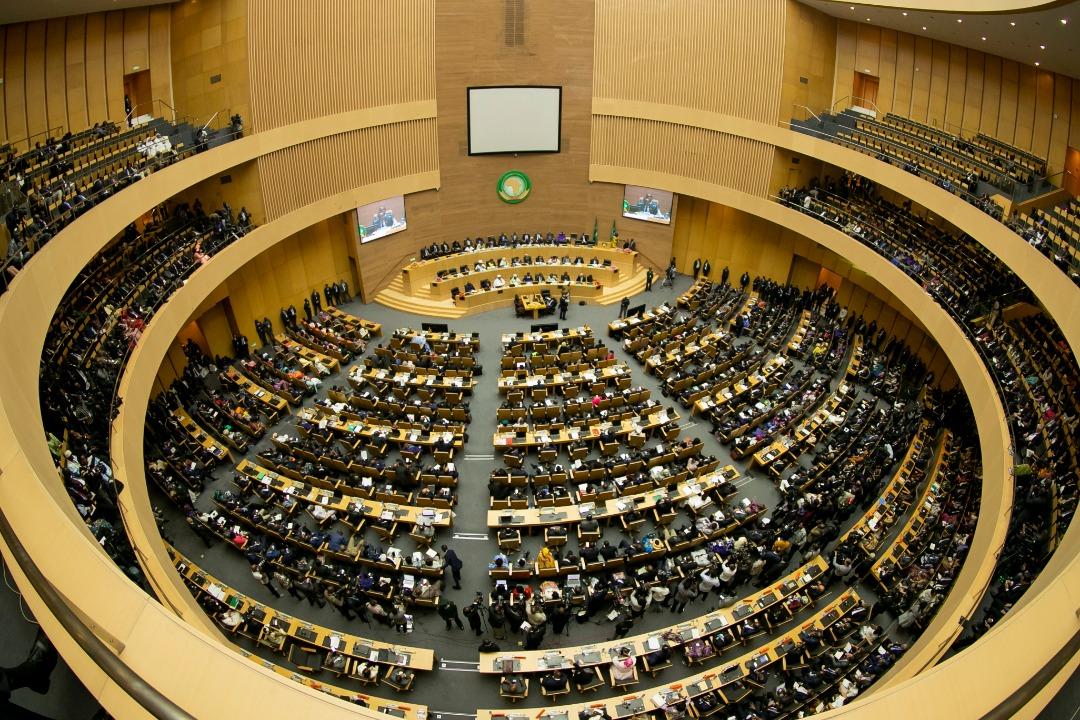 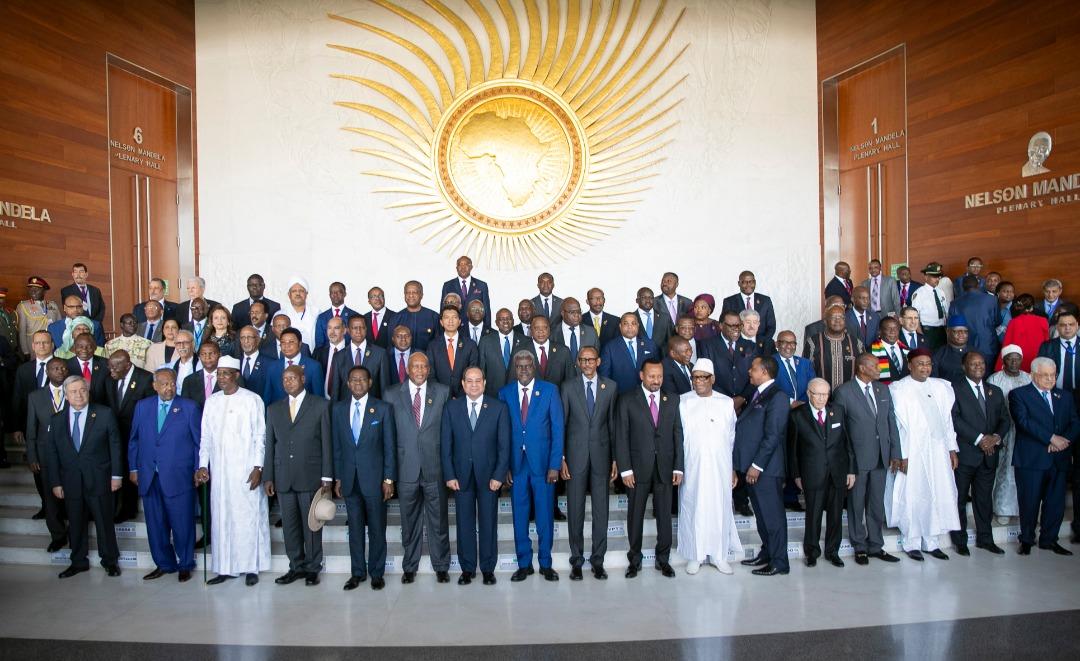