BENI – Suspected Ebola patients who were being examined at an Ebola centre in Beni, North Kivu province were attacked by protesters against delayed presidential and parliamentary elections in some parts of eastern Democratic Republic of Congo on Thursday, the country’s health ministry confirmed on Friday.

During the attack by angry protesters, about 20 patients fled the centre, the epicentre of this latest outbreak of the highly infectious and potentially fatal disease, which has claimed 356 people since August 2018.

Some of the Ebola response centres were torched by demonstrators before they were tear-gased by riot police and military.

“Of 24 patients, 17 had tested negative (for Ebola) once. They had to be tested a second time before being discharged,” said the health ministry in a statement on Friday.

“Four of them went home. Three other suspected cases were in too serious a case to flee,” the statement added.

On Thursday, police and security forces fired live rounds and teargas to disperse protesters in Goma and Beni against a decision to exclude them from the presidential election on Sunday.

On Wednesday, the election commission cited the Ebola outbreak and frequent attacks by militias in its decision to put off the presidential and parliamentary elections in Butembo and Beni in the east, as well as the rural area surrounding Beni until March 2019.

Polls in the western district of Yumbi, where more than 100 people were killed in inter-community violence last week, will also be delayed.

Members of the opposition say the delay will disenfranchise the almost 1.2 million voters in the regions, which are known as strongholds of the current president’s critics, because the presidential outcome will be announced before those votes are even cast.

Tensions are rising just two days before elections on Sunday and protests have entered a second day on Friday.

Yesterday, authorities in DRC ordered the expulsion of the European Union’s ambassador to the Central African Nation in retaliation to EU’s sanctions placed against 14 government officials, including Emmanuel Ramazani Shadary, the ruling party’s presidential candidate. 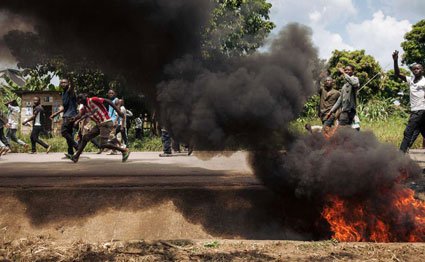 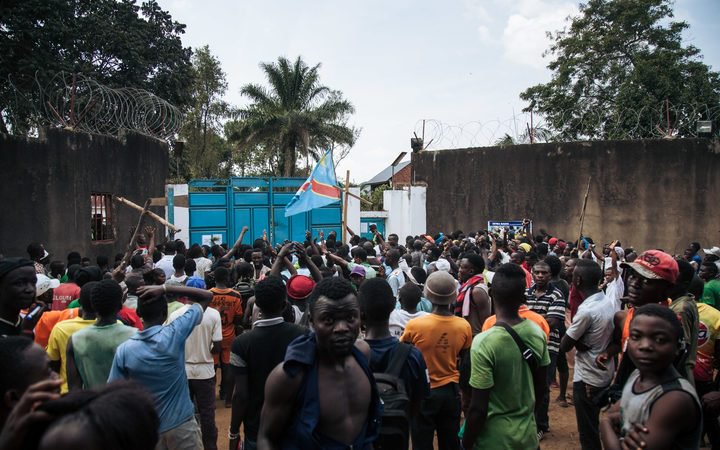