Some of the political party representatives who attended the news conference at the IPOD offices.

The Interparty Organization for Dialogue (IPOD) is set to hold its first Summit scheduled for December 12 2018 at Speke Resort Hotel, Munyonyo.

This was revealed by the Netherlands Institute for Multiparty Democracy (NIMD) Program Manager, Dr. Lawrence Sserwambala at the IPOD offices in Ntinda on Thursday.

The theme for the first IPOD Summit is “Strengthening Multiparty Governance in Uganda”.

This follows a meeting held by IPOD officials, which comprised of all political party representatives in Uganda’s Legislative arm, with NRM National Chairman Yoweri Kaguta Museveni earlier this month at State House in Entebbe.

Dr. Sserwambala said that the Summit will be the first of its kind to ever be held in Uganda and would help validate the role that dialogue can play in multiparty politics.

“This is the first Summit which IPOD and NIMD are organizing and it will provide a unique platform where all political actors can meet at a round table and discuss issues which are essential for the development of Uganda,” Sserwambala said.

Lawrence Okae, the UPC Chairman, who was representing the IPOD Council Chairman said the agenda will among other aspects cover Constitutional and electoral laws for a functional multiparty system.

It will also touch issues on strengthening parties to enhance their relevance and effectiveness, promotion of inclusiveness in politics especially regarding the role of gender and youth, as well as improving governance, human rights and the observance of the rule of law.

IPOD whose secretariat is at the country office of the Netherlands Institute for Multiparty Democracy (NIMD) in Ntinda hosted the Secretary Generals of; Democratic Party (DP), FDC, JEEMA, the ruling NRM and UPC.

NIMD is an international NGO that seeks to facilitate interparty dialogue and political capacity strengthening in 25 countries around the world and hopes to foster a well-functioning, strong and vibrant multiparty democracy.

Salamu Musumba, who represented FDC added that dialogue was long overdue and that each political party has a mandate to contribute extensively to this agenda.

“We appreciate the fact that consensus does not come overnight. But as country, we need dialogue! It is long overdue and the IPOD Summit is giving us a good platform for that to happen,” she said. 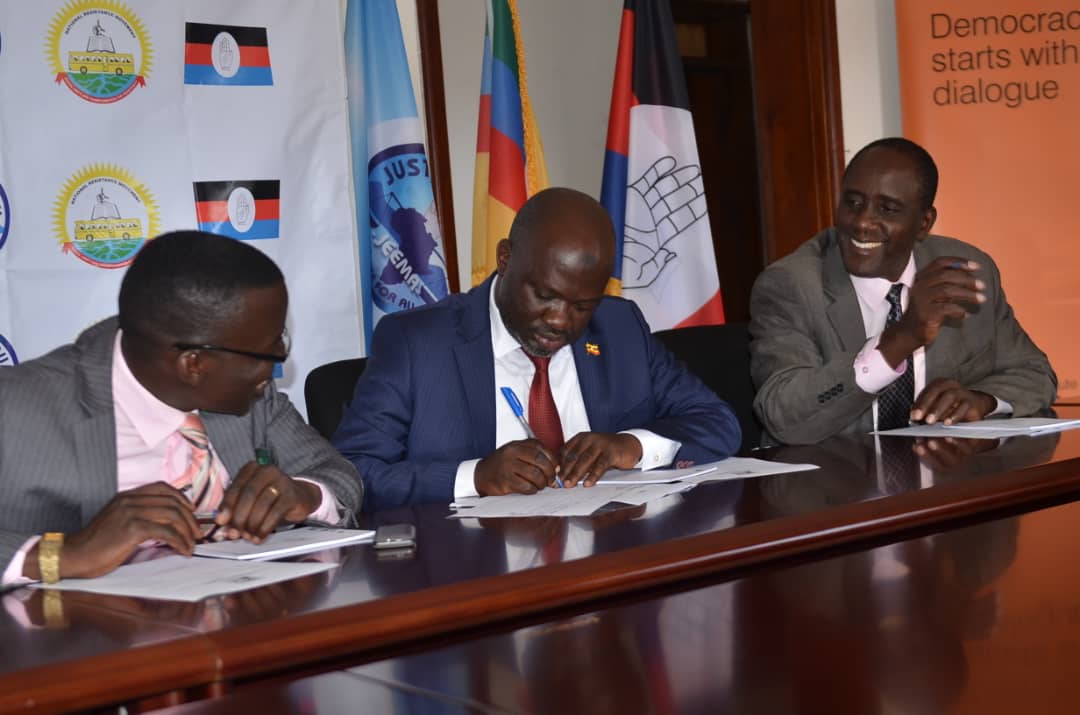