Prime Minister Rugunda speaking at the end of year party for senior security leaders and media executives, at Mbuya.

Prime Minister, Dr Ruhakana Rugunda has said that a common ideological base between the media and the security will take the country forward. He said that the two institutions have the potential to save the country or destroy it.

The Prime Minister was speaking at the Senior Security Leaders and Media Executives End of the Year Dinner 2018 held at the Ministry of Defence headquarters in Mbuya on Thursday.

“Security forces and media are complementary since both can exist on the front line with either guns or pens,” the Prime Minister said in his remarks.

Rugunda noted that media and security are partners in the transformation of the country, saying the two sides can destroy the country, if they do not mature in the way they serve it.

“The fact that media executives and the security are enjoying a meal together is a testimony to the maturation of relations between the security forces and the media. And the first beneficiaries are the people of Uganda,” the Prime Minister said.

He explained that media and security ought to work together by creating more intersections to galvanize a common understanding on where a country came from, where it is and where it is supposed to be. He said that close interaction between security and the press is a sure way of answering to the issues often raised by the media.

Rugunda cited the example of the U.S where the media is embedded in the operations of the military, before he appealed to the leadership in Ugandas’s security as well as the government to avail as much information regarding government programs to the public as possible. He partly attributed the gaps in effective communication to the clandestine nature of handling information during the NRA liberation struggle.

“Having a common ideological base will make us move the country forward because we are at the take off stage, like President has said before, that requires all of us to play our roles,” Dr Rugunda said.

He further reiterated that security remains a cornerstone in providing a great environment for the work of the media to be able to do their work but they must also play their role to ensure that they reenforce security and vice versa.

The Minister for Security, Gen Elly Tumwine said that security starts with oneself and that it is the responsibility of every individual Ugandan to be vigilant on security. He added that no government can eliminate negativity since not all people can be of good civil conduct.

“It is the responsibility of everyone to maintain security. Security starts with you. We think it is the duty of security forces but really if you leave your door open and people rob you, do you blame Jejje Odongo the Minister of Internal Affairs?” Tumwine said.

“Most of the cases we receive are on domestic violence, family affairs and wrangles within society. There is no government however efficient it is that can eliminate negativity. You can’t have only positive people,” the Minister said justifying the need for every individual’s vigilance.

The Minister said that the organs of security are now working closely and that nothing will divide them again, citing previous reporting in the media that created an impression that there was infighting within security circles.

The theme of the dinner was “Closing potential performing gaps in Uganda media and national security and the interventions for emerging challenges.”

The event was graced by senior security leaders, top media executives, senior government leaders as well as representatives of media houses in the country.

Among the guests was the Minister of State for Defence in charge of Veterans’ Affairs, Hon. Rwamirama, the Chief of Defence Forces, Gen David Muhoozi, The Minister of Internal Affairs, Gen Jeje Odongo, Commissioner of Prisons, Johnson Byabashaija, the Deputy IGP, Brig Sabiiti Muzeyi among others. 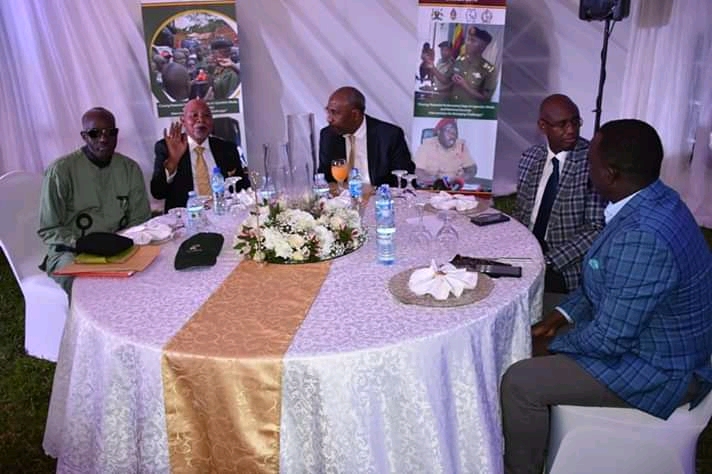 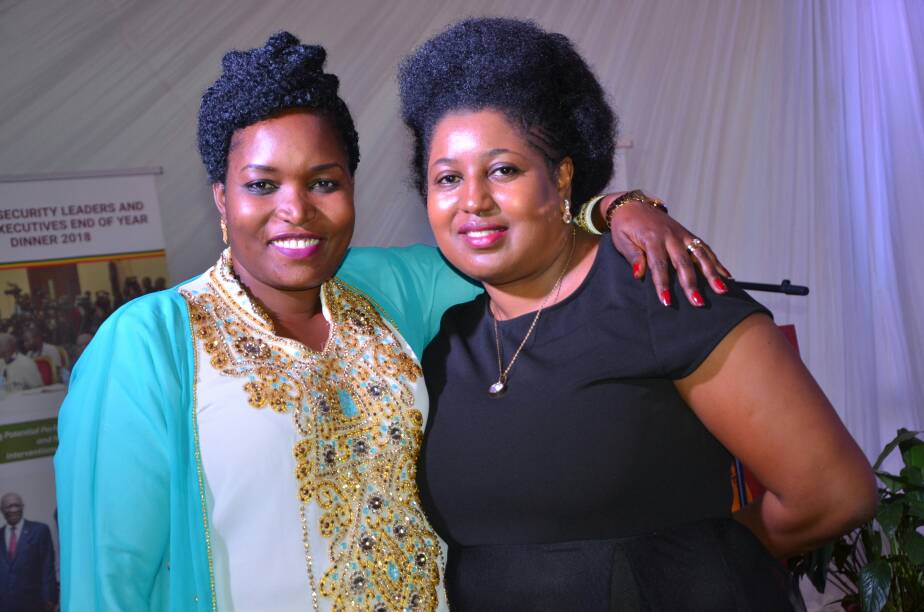