Col Mwesigwa Takes Over as Director Anti-Aircraft at Land Forces

Col Mwesigwa Takes Over as Director Anti-Aircraft at Land Forces

The Hand/Take Over was officiated by the Deputy Commander of Land Forces (D/CLF), Maj Gen Sam Okiding, at the Land Forces Headquarters in Bombo, Luweero district on Wednesday.

Speaking during the function, Maj Gen Okiding commended the Outgoing DAAC for his distinguished contribution towards developing UPDF capabilities adding that he was grateful that Brig Gen Obima was retiring honorably.

He urged officers and militants to train hard and embrace new scientific innovations.

“I urge you to use revolutionary methods of work as they are a big pillar to the management of forces,” he said.

He wished the Outgoing DAAC a fruitful retirement and congratulated the incoming Director upon his new appointment, urging him to follow in his predecessor’s footsteps. 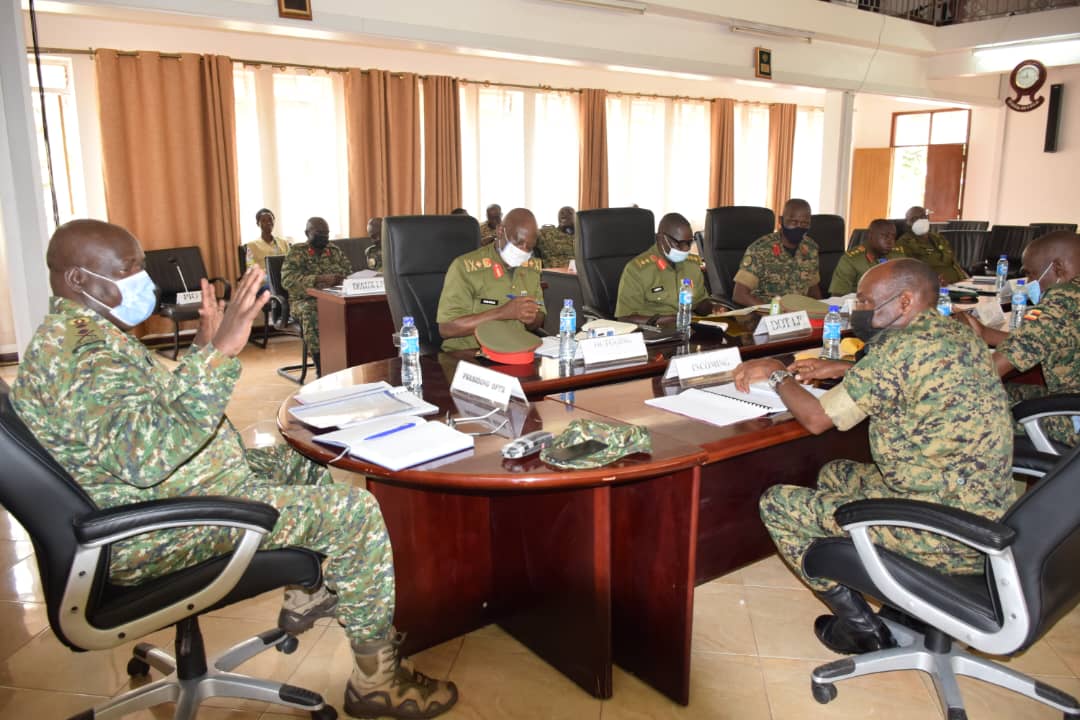 In his acceptance speech, Col Mwesigwa thanked the UPDF leadership for giving him the opportunity to serve as DAAC.

He promised to work hard as expected, noting that new appointments mean extra responsibility and trust.

He called for teamwork and cooperation at all levels for the sustainability of the Peoples’ struggle for peace and stability.

He wished the Outgoing DAAC a good retirement and urged him to continue serving in another capacity.

Meanwhile, Gen Okiding also presided over the hand and take over ceremony of the office of the Director of Training at the Land Forces (DOT-LF) from Col (Rtd) Jasper Onejiu Abeka to Lt Col Hassan Mukaire. 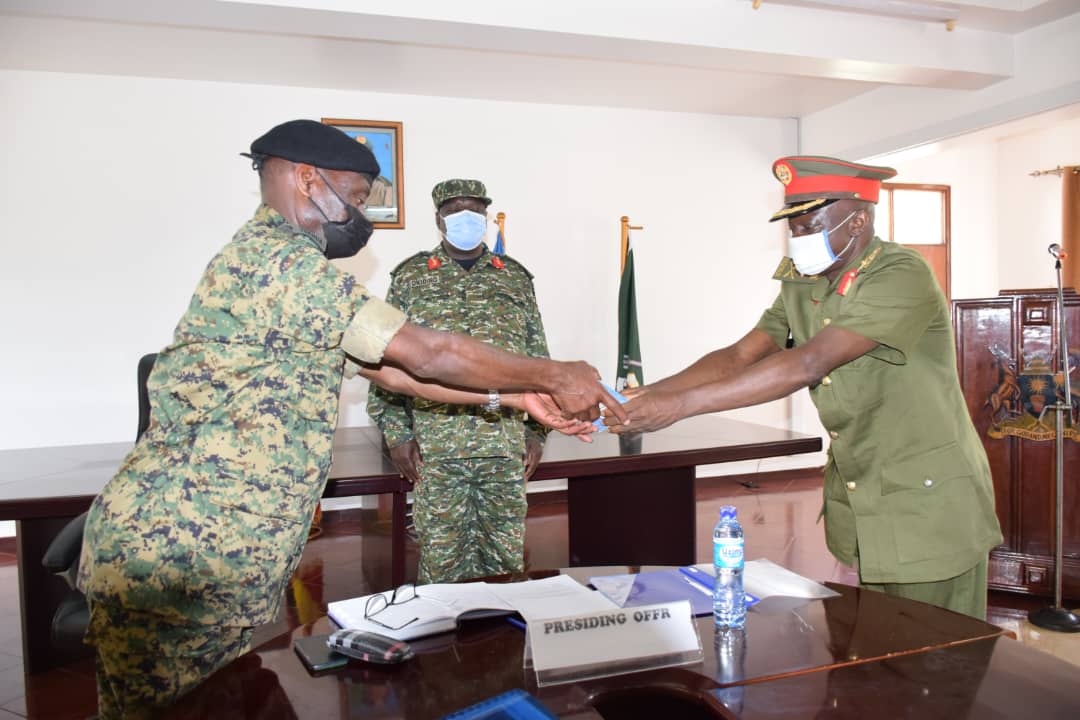