President Museveni has arrived in Rwanda for the Commonwealth Heads of Government Meeting (CHOGM) which is taking place in Kigali.

Although he first flew in a military helicopter, Museveni entered Rwanda by road via the Katuna/Gatuna Border Post which was recently opened following years of closure.

Ugandans at the border saw him off as he started his four-day working visit. 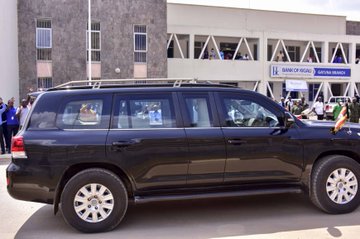 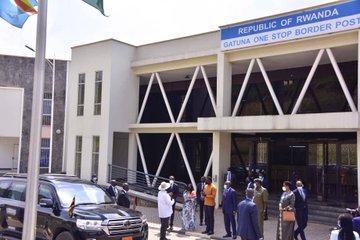 On arrival in Kigali on Thursday afternoon, Museveni was received with excitement as Rwandans lined up along the streets and cheered.

“I have arrived in Kigali, Rwanda for the 26th Commonwealth Heads of Government Meeting (CHOGM),” Museveni tweeted on arrival.

He added: “I thank the people of Rwanda for the warm welcome. Murakoze Cyane!” 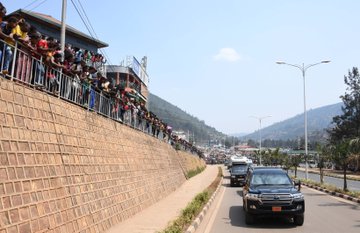 Museveni will join other Heads of State who are attending CHOGM. 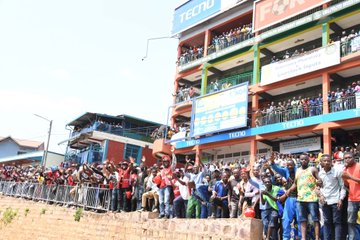 Both visitors commended the work well done by the High Commission and the sacrifice made by the tour operators in marketing Uganda.

They were in the company of the High Commissioner Rt. Gen Robert Rusoke.

The Uganda Stall is organized and manned by Uganda High Commission in Rwanda in conjunction with Uganda Tourism Board (UTB) to showcase Uganda’s tourism potential, culture and unique cuisine.

Tourism companies organized under the Umbrella of Uganda Tourism Association (UTA) are exhibiting. 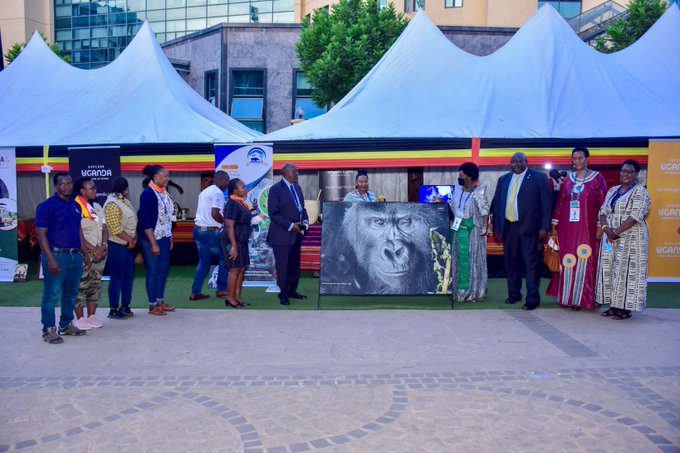 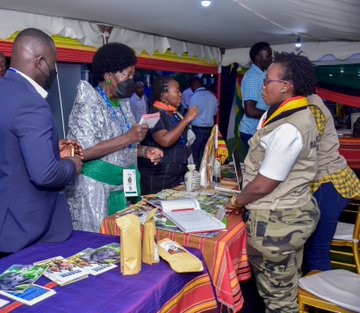 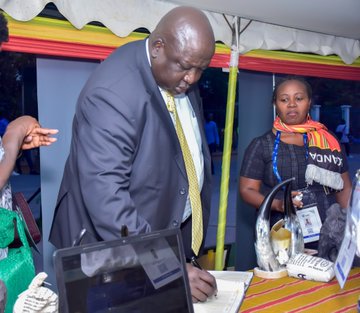