Chief Justice: We Need Stronger Systems to Stop Past Rights Abuses from Reoccurring

Chief Justice: We Need Stronger Systems to Stop Past Rights Abuses from Reoccurring

Chief Justice Bart Katureebe (C) touring an exhibition stall with artwork on human rights, during the ceremony in Kampala.

The Chief Justice of Uganda, Justice Bart Katureebe has said that Uganda must build stronger institutions and systems if the country is to turn around its ugly past that was characterized by gross violation of human rights.

The Chief Justice made the statement on Monday during the commemoration of the International Human Rights Day. The ceremony was held at the Railway Grounds in Kampala under the theme ‘Stand Up for Human Rights’.

Today, December 10, marks 70 years since the UN General Assembly adopted the Universal Declaration of Human Rights. Adopted in 1948, the Declaration which spells out individual rights has since become binding as a part of customary international law.

Justice Katureebe who was Chief Guest alluded to the occurrences in Uganda in 1971 while as a law student at Makerere University he witnessed crimes against humanity including public executions under the rule of former President, Idi Amin.

“I will never forget when we witnessed at about 11 o’clock in the morning a man being pushed in the boot of the car and the car drove off, and we know there could have been no return for this man,” the Chief Justice said.

He said the International Human Rights Day is important in assessing progress that has been made over the years in regard to protection of human rights as well as to come up with ideas for improvement.

“When we were making the 1995 constitution, one of the commonest sayings of each member was ‘Never Again’. Never again should we see what this country has seen before,” he told delegates who attended the ceremony in Kampala

It is for this reason that the Bill of Rights and the 1948 Declaration were incorporated within Uganda’s constitution, as a yardstick to judge performance on human rights as individuals and as a nation, he said.

Chief Justice Katureebe however highlighted incidents of torture, Ill treatment, limited access to justice, child marriages, female genital mutilation, gender based violence among others that have in recent times continued to creep up in Uganda.

“We really have a challenge as a country. We can’t allow ourselves to continue to be defined by the past. We must see to it that we build strong institutions and that we recognize the inherent dignity of each one of us,” he said.

“Europe has moved on. Crimes that shocked the conscious of mankind were committed in Europe. But they built strong institutions after the war [Second World War]. They have strong Judiciary and the question of abuse of human rights does not arise. Germany is no longer defined by Hitler”.

The Swedish Ambassador to Uganda, Per Lindgarde in his remarks noted that the world has increasingly become less safer and that democracy is under threat.

“The fight for human rights stands as strong today as it did 70 years ago,” he said.

The strides registered in Uganda over the last few years including ratification of international and regional instrument notwithstanding, the country still grapples with rights violations, according to Chairperson of the Uganda Human Rights Commission, Med Kaggwa.

He cited incidents of torture, abuse of freedoms of expression, deprivation of life, brutal arrests, violence against journalists among others.

Kaggwa made a call for compliance on the part of governance to human rights as well as penalizing errant officers.

The UN Resident Coordinator in Uganda, Rosa Malango in a message read on her behalf advocated for the passing of key legislations including the Human Rights Enforcement law. 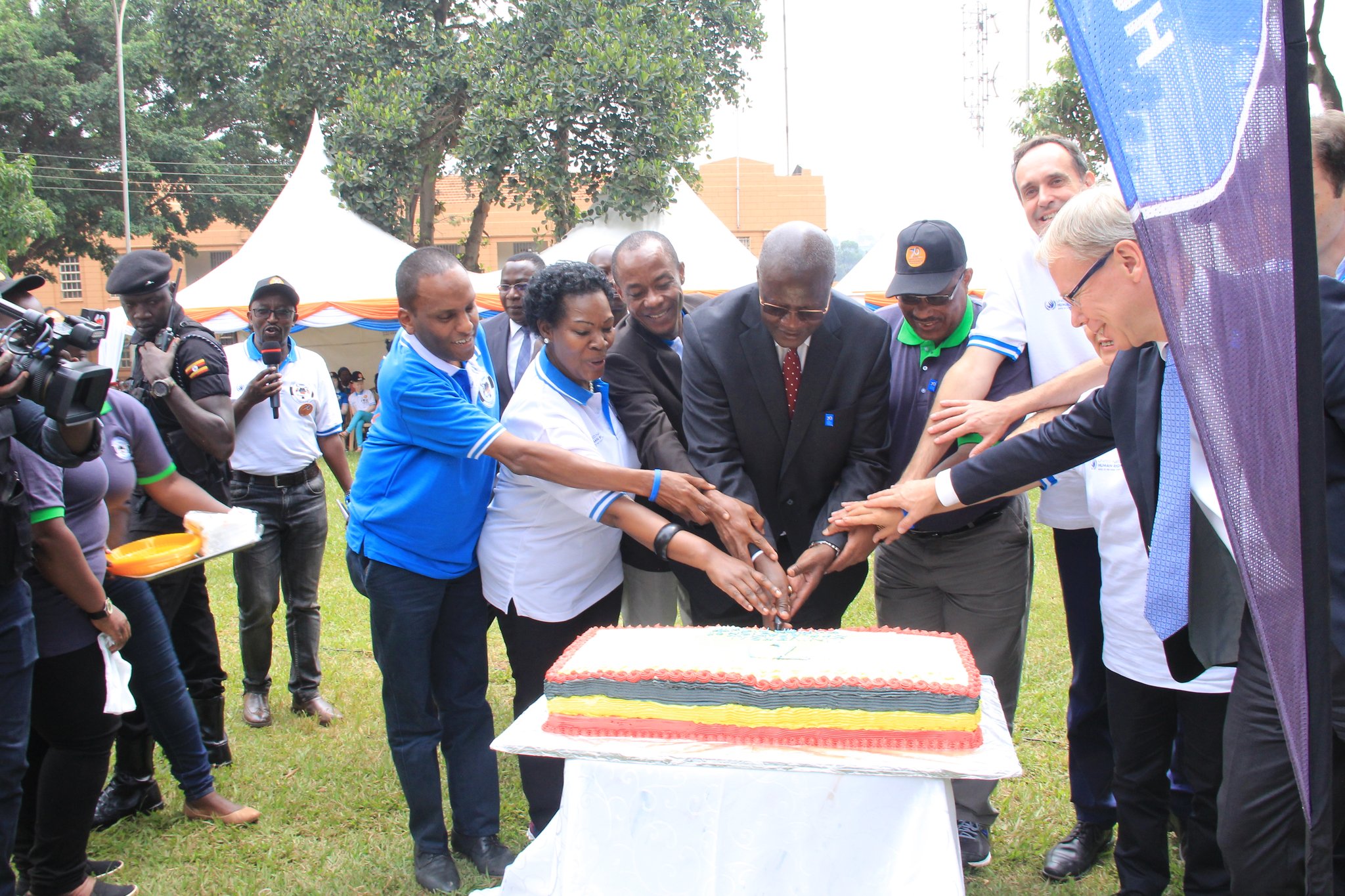 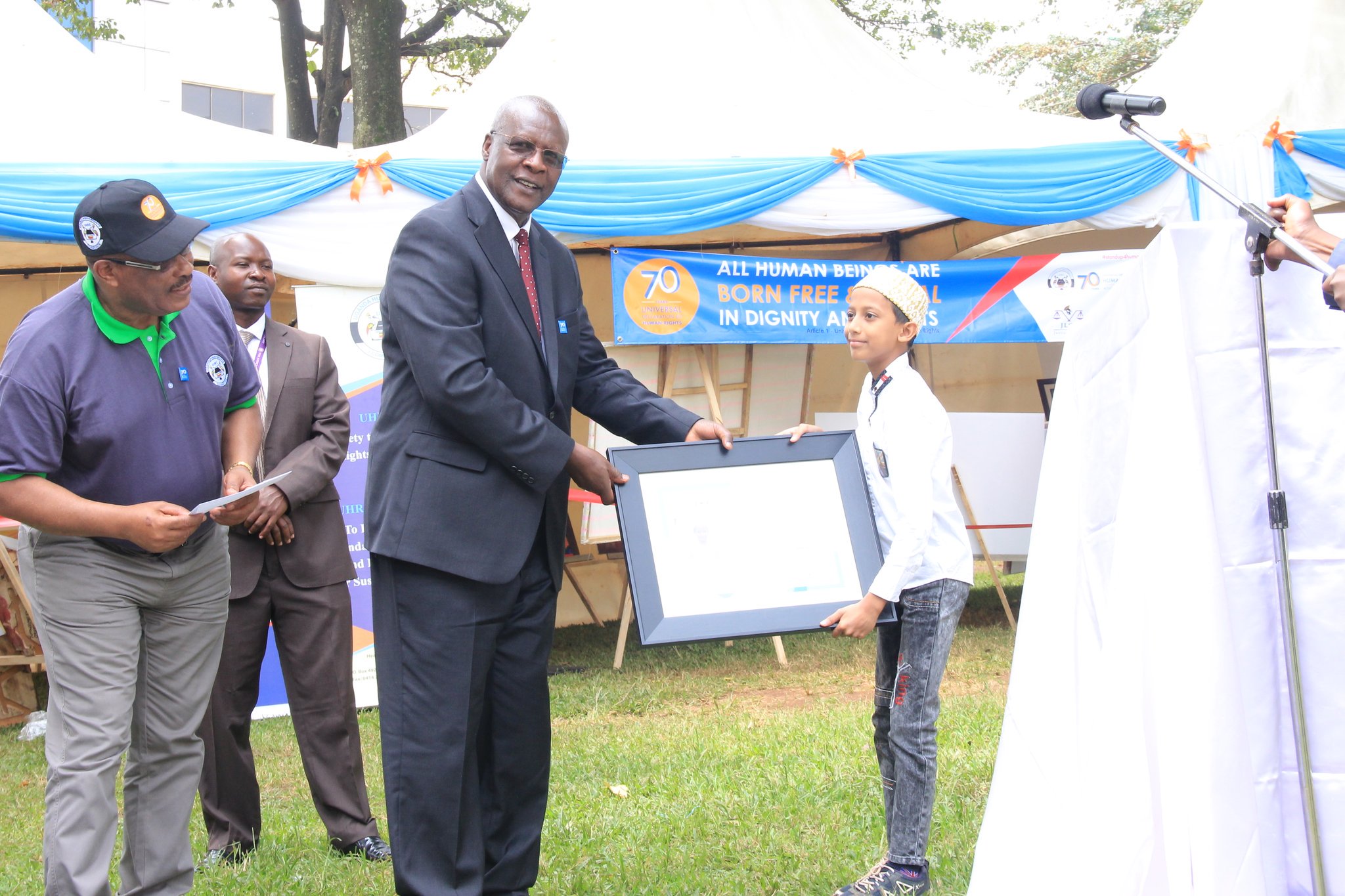 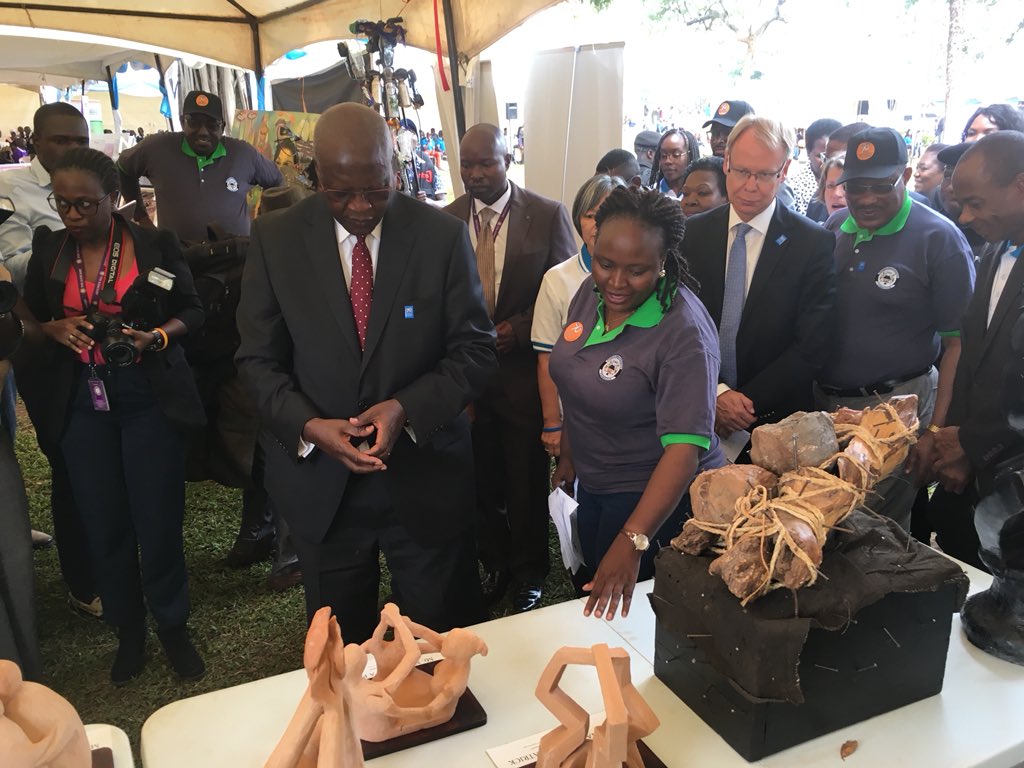