The event attended by the Speaker of the Parliament of Uganda as Chief Guest ran under the theme ‘Celebrating Uganda’s Finest Football Personalities.’

Najjemba who is the captain at Kampala Queens FC beat off competition from Lady Doves duo Fazila Ikwaput and Daisy Nakaziro to claim the crown.

On the other hand, Byaruhanga who beat teammate Abdul Aziizi Kayondo and Express FC talisman Erick Kenzo Kambale to take the award.

The two, drove away in brand new cars on top of a cash prize of one million shillings each as the reward for their sweat.

Byaruhanga who was full of emotions upon being announced as the winner, called his mum to the stage in celebration.

In a teary tone, he reminisced how they couldn’t afford school fees after his dad passed on but football gave him a chance to study.

“I lost my father when I was young and school fees became a challenge. It is at this moment that I want to thank Justus Mugisha who got me from Kisoro and offered me a scholarship at Standard High School, Zzana.” Byaruhanga said.
Najjemba who finished as top scorer at CECAFA Women’s U20 Championship with 11 goals was full of joy and lauded her colleagues both at club and Nations Team. 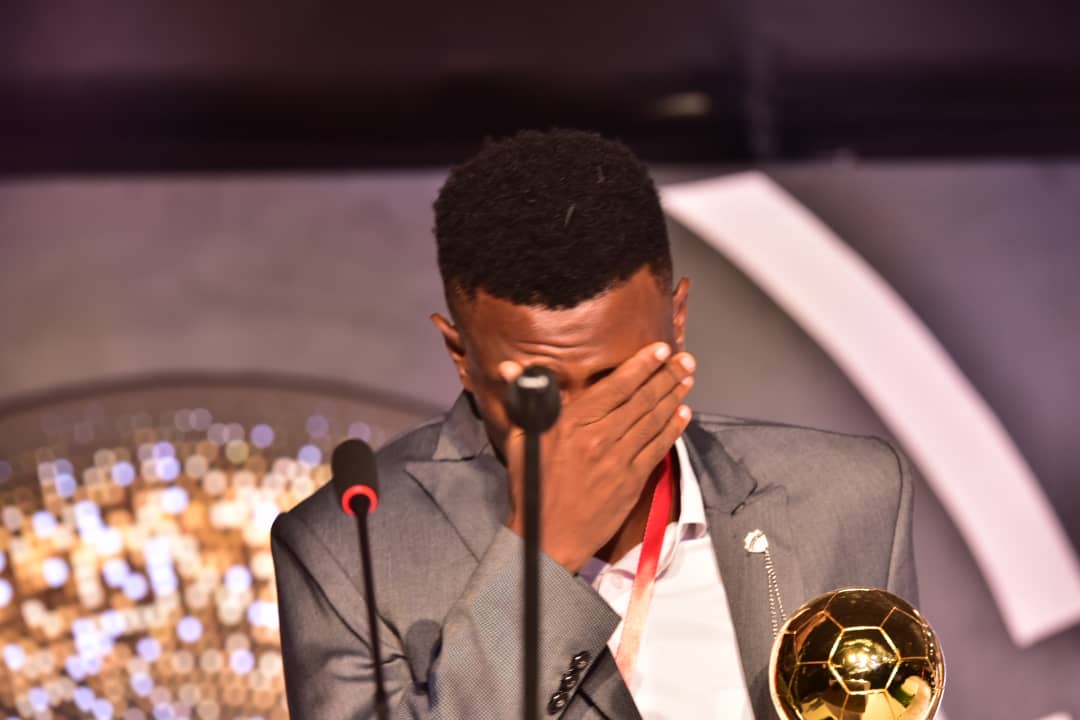 “First of all, I want to thank the Almighty Allah for this moment. I’m happy but at the same time nervous. This award means a lot to me,” Najjemba said.

She added, “I want to thank my family and parents for giving me the chance to play football. I thank FUFA for giving girls the opportunity to showcase our talents.”

“I’m proud product of the Airtel Rising Stars and I take this opportunity to thank the Airtel brand for always supporting football. Without them, we wouldn’t be able to play right from a young age,” Najjemba said.