A procession of people including MPs and other individuals opposed to the Mobile Money and Over-the -Top (OTT) services taxes have Wednesday escorted Kyadondo East legislator and singer Bobi Wine to Police for questioning.

The group together with Bobi Wine began their procession from Parliament after the MPS addressed the media on the controversial taxes, and went to Central Police Station (CPS) where the singer-cum-politician is being questioned.

Last week, Kampala Metropolitan Police (KMP) spokesperson Luke Owoyesigire told the media that Bobi Wine would be summoned to appear before police for questioning on allegations that he masterminded the social media demos that left a number of police officers assaulted.

It follows a protest dubbed ‘This Tax Must Go’ led by Bobi Wine in the city centre on Wednesday last week which later turned chaotic and dramatic. He together with some other musicians, journalists and activists held a protest challenging the taxes which they say are unfair, unjustified and inconveniencing to citizens.

According to Police, the protest was held unlawfully and some of the protesters assaulted officers. A man said to be part of Bobi Wine’s entourage is accused by Police of stealing an officer’s handcuffs and was subsequently arrested.

But in a letter written to the IGP, Okoth Ochola two days ago, Bobi Wine informed the Police chief that he and the other protesters had written to him prior to the July 11 protest but that they got no response.

He says in the letter that “having received no such response, we took it that you had no objection and therefore we went ahead to peacefully march in Kampala and some other districts on July 11”.

He said that it was in fact Police that disrupted the peaceful protest and fired live ammunition and teargas, as well as violently arresting and detaining some of their colleagues. 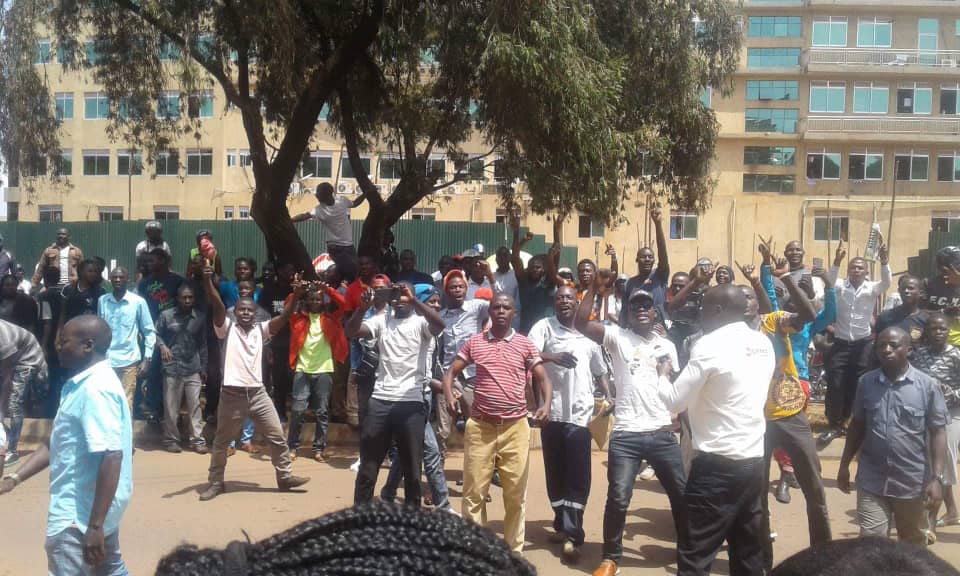