Hollywood actor Terrence Howard and his wife Miranda Park are in the country to savour Uganda’s beauty.

“Glad to welcome our friend & a friend of Uganda, Mr Terrence Howard and his dear wife to the #PearlofAfrica,” Tumwebaze tweeted.

He added: “Terrence is a famous American actor & a tech-prenuer. He will  #ExploreUganda’s uniqueness & spread the word.”

The American actor announced back in April that he would be visiting Uganda. 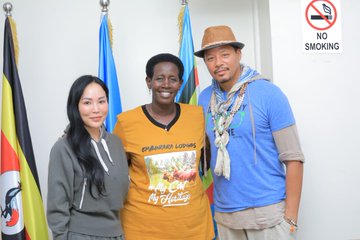 He was then congratulating the Commander Land Forces (CLF), Lt Gen Muhoozi Kainerugaba, upon his 48th birthday anniversary.

In a video, Terrence expressed promised to bring with him a birthday gift for the first son. 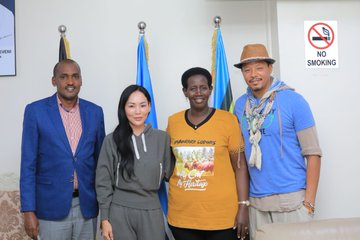 The Empire TV series star also promised to explore opportunities in the entertainment sector and science and innovations.