The attack happened at Dusit D2 Hotel along 14 Riverside Drive in Nairobi. The building houses offices and hotels.

“We are currently conducting an operation in Nairobi,” Al-Shabab spokesperson Sheikh Ali Dhere is quoted by Aljazeera English as having said.

The motive of the attack however remains unclear.

By publication time, police was evacuating staff of Dusit D2 Hotel and patrolling the area. The number of casualties still unknown.

Witnesses said gunfire started at around 2:30 around the hotel on Tuesday.

Other eye witnesses said four gunmen gained access into the hotel at around 3pm local time.

Local television channels and photos on social media showed smoke billowing from destroyed cars in the Westland district of the city.

Dusit D2 hotel is just over a mile from the Westgate Shopping Centre, where al-Shabaab terrorists slaughtered 67 people in a four day siege in 2013.

The Westlands have the highest concentration of upscale shopping malls in Nairobi. The area is also a social space for expratriates as well as the middle and corporate class in Nairobi city. 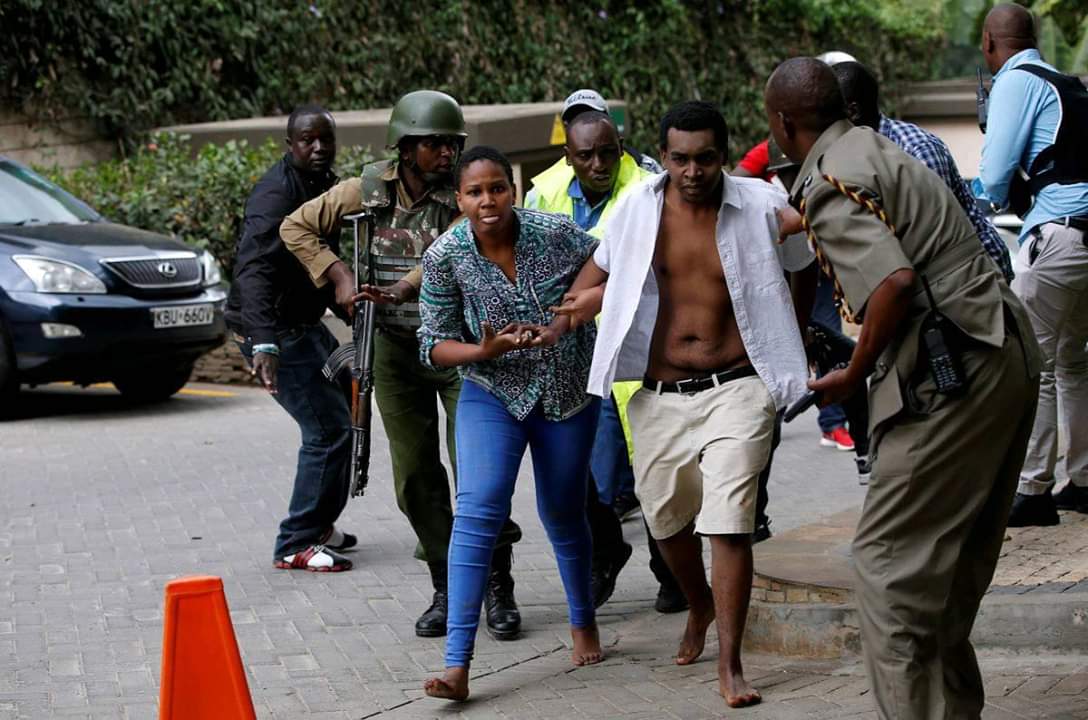 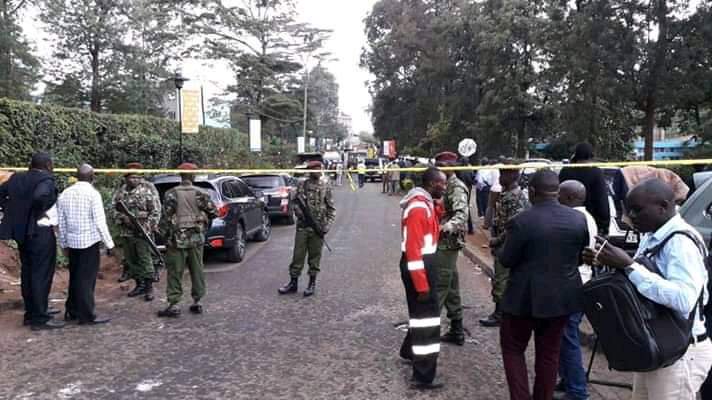 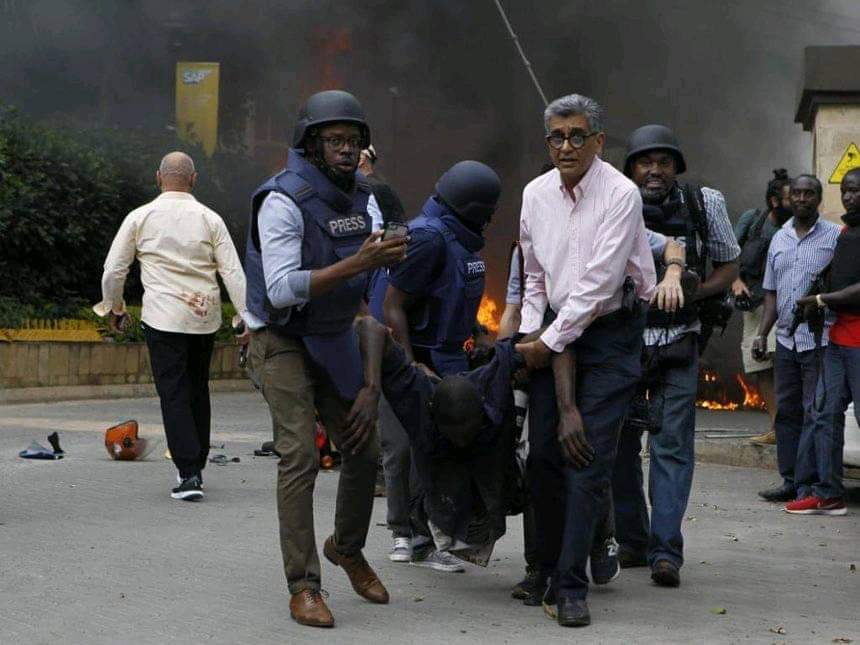 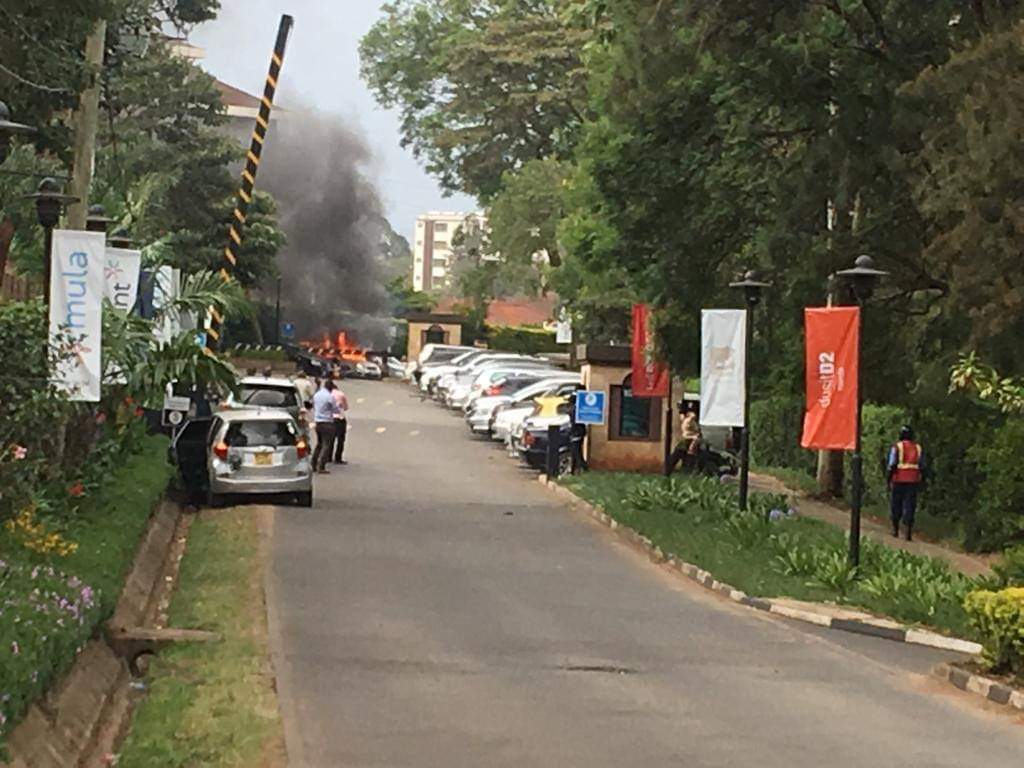 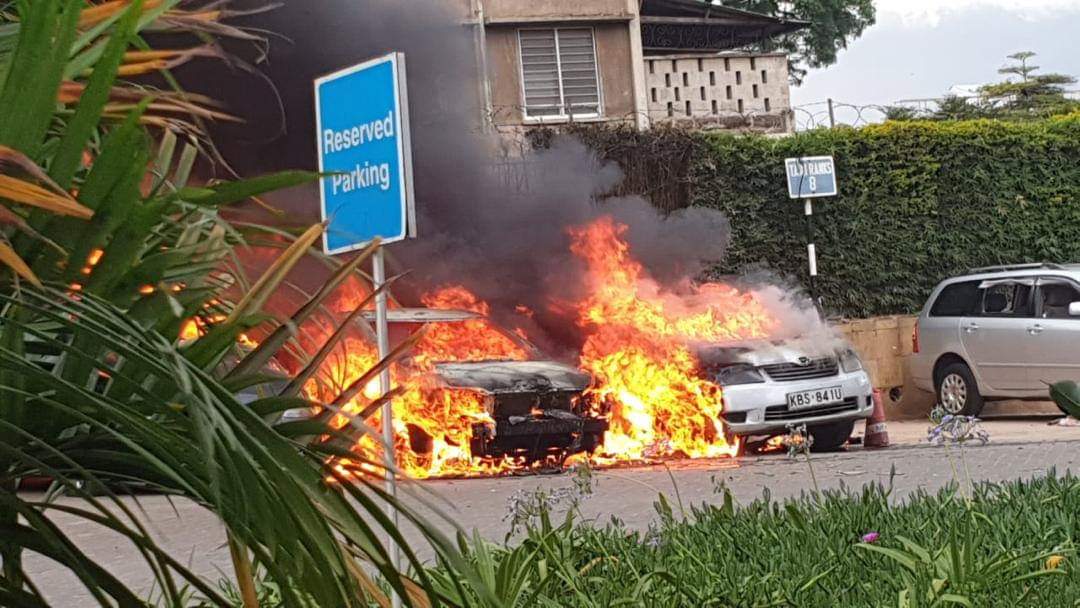 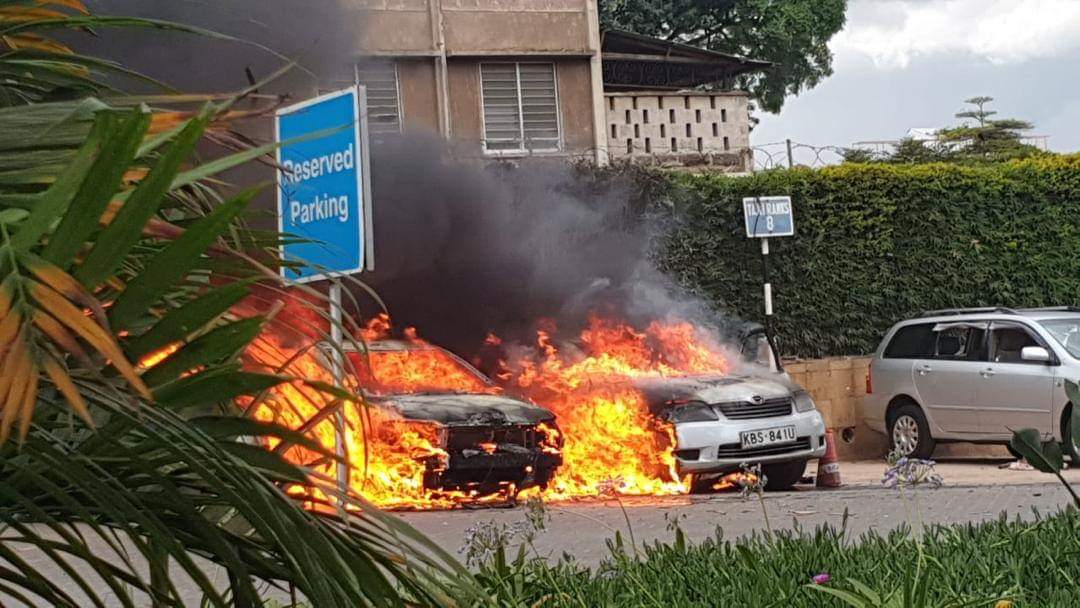 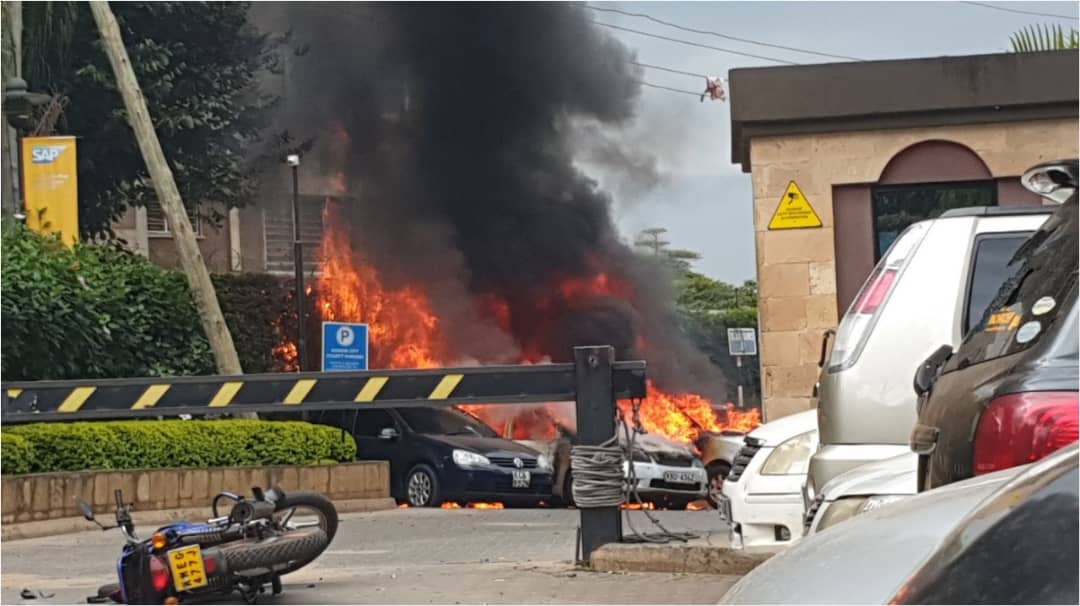