Kisumu: H.E Uhuru Kenyatta the President of the Republic of Kenya officiated at the opening ceremony of the ninth Africities Summit in Kisumu County on 17th May 2022 calling on the African Continent to make cities more habitable.

The theme of the summit was “The role of intermediary cities in Africa in the implementation of the United Nations 2030 Agenda and the African Union Agenda 2063”.

In his speech, the President called for the need to make African cities more sustainable, saying that the continent is becoming increasingly urban: “This summit comes at a critical time when Africa is facing rapid urbanisation. Intermediary cities in Africa are home to approximately 174 million people representing about 36 percent of the continent’s population and contribute about 40 percent of our continent’s GDP.”

President Uhuru further added that it was equally important for African cities to unleash their full potential in line with the implementation of the United Nations Agenda 2030 and the African Union Agenda 2063.

He also encouraged inclusion and participatory programs and plans in all urban developments and policies and to further African Agenda at the upcoming Eleventh Session of the World Urban Forum scheduled for 26 to 30 June 2022 in Katowice, Poland.

Africities Summit was a flagship event of United Cities and Local Governments of Africa (UCLG Africa) held in partnership with the Government of Kenya, UN-Habitat, the United Nations Human Settlements Programme, the Council of Governors of Kenya, and the County of Kisumu. 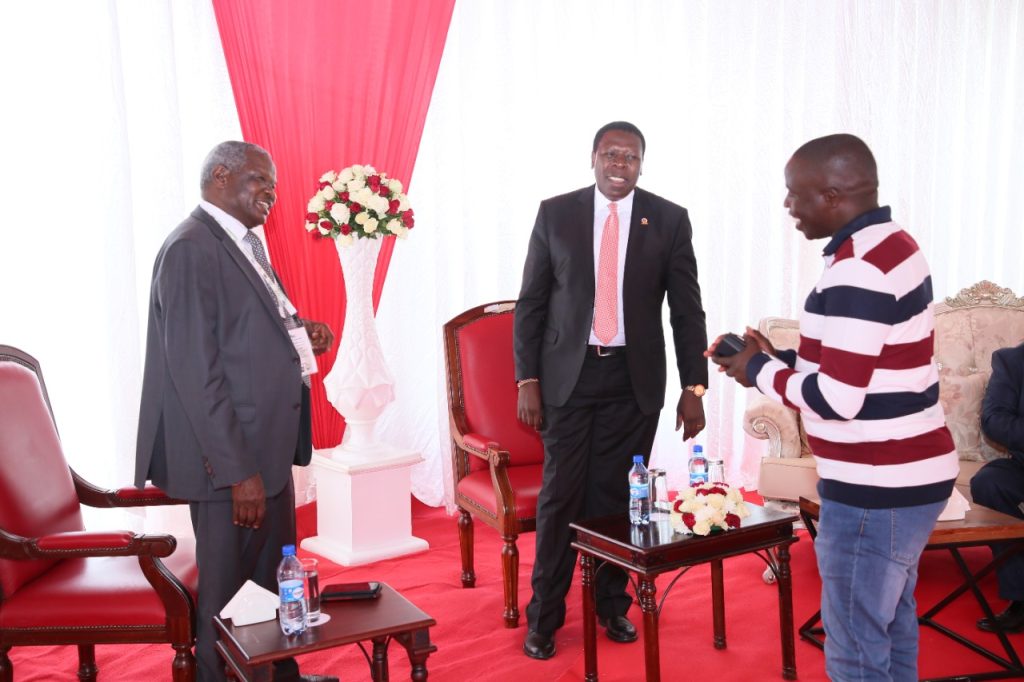 For the first time, this event was held in an intermediary city.

Africities Summit is Organized every three years, alternately in the different regions of Africa, the Africities.

The summit was attended by over 11000 delegates from the African Continent that included Presidents, Former Presidents, Ministers, Governors, Mayors, Ambassadors, High Commissioners, Development partners, and other dignitaries to complement the leadership of cities and governments to advance decentralisation and local governance. They discussed an array of bilateral issues of mutual interest including exchange programmes on devolution and local government governance; how power and resources can be decentralized in the Continent for the benefit of all.

CS Wamalwa said that Kisumu remains one of the port cities poised to play an important role in realizing the full benefits of a blue economy and as a historical city associated with trade and ready to play even a bigger role in trade and commerce within the expanded East African region and further unlocking its potential as a business tourism destination for the future.

Also on the sidelines of the Summit, Hon Obiga Kania met with the Director Cities Alliance where they discussed a number of issues ranging from the ongoing Cities Alliance Interventions in Uganda and the need for preparation of a bigger National Slum Upgrading Programme for Uganda in order to address the challenge of slums in the country, a follow-up meeting will be held in Uganda with the Cities Alliance team in Uganda.