Dr. Sarah Byakika, Commissioner for Planning, Financing and Policy at Ministry of Health

The Commissioner for Planning, Financing and Policy at the Ministry of Health, Dr. Sarah Byakika, on Thursday, May 5, 2022, briefed the press and other non-state actors on the progress of the National Health Insurance Scheme (NHIS) Bill development process.

The meeting was organised by PATH, a global team of innovators working to increase health equity so people, communities, and economies can thrive together with Marie Stopes Uganda, the leading provider of Sexual Reproductive Health services in Uganda and the Ministry of Health.

This was in close coordination with other Partners in Population and Development – Africa Regional Office (PPD ARO), an intergovernmental organization promoting South-South cooperation and RMNCAH+N, a CSO Platform working towards enhancing accountability and influencing policy towards improved services for women, children and adolescents in Uganda.

“Health insurance coverage is still very low in Uganda. Only 5 percent of the population has some form of health insurance. Out of pocket expenditure on health hovers around 38 percent,” Byakika said during a media orientation meeting on advocacy for NHIS bill held at Protea Hotel, Kololo in Kampala.

According to her, the struggle to have an NHIS in Uganda dates back to 1995.

Dr. Byakika said that by 2017, only 2.1% of the Ugandan population was aware of the scheme, 5% were covered by some form of insurance while 45% would consider joining.

“Less than 2% of Ugandans are covered under the existing private health insurance schemes. 41% of total health expenditure is out of pocket,” Dr Byakika reiterated what she had said about the bill back in 2019.

In February 2020, PPD ARO published an issue brief on the draft scheme and organized a series of media engagement activities to share the details and benefits of the scheme, including its coverage of family planning, with the public. 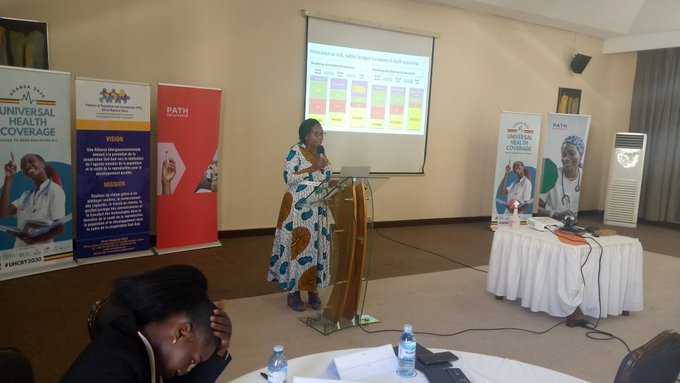 This kept the issue central to Parliamentarians all over the country as the COVID-19 pandemic unfolded, challenging national health financing.

The media were instrumental in keeping the pressure on Parliament to pass the bill, which finally happened on March 31, 2021.

When the bill passed in Parliament, President Museveni did not sign it into law but instead returned it to the Ministry of Health in October 2021 for resubmission to the cabinet.

The Ministry of Health in collaboration with the Uganda Insurance Regulatory Authority is in the process of undertaking studies to determine NHIS contributions, affordable benefits package and costing in the medium term.

Dr Byakika highlighted some of the amendments made to the bill which include; mandatory contributions of all above 18 years including indigenes and vulnerable groups (these contribute to about 19 – 22% of the population).

“There will be no employer contributions for employees as was perceived as overburdening the private sector employers,” she noted.

On the issue of the already existent health insurance packages by employers, Dr Byakika said the solicitor General will advise.

She said contributions will be segmented according to income groups maintaining principles of solidarity and affordability and the benefits package will be defined and reviewed time to time based on affordability.

Uganda is the only country in East Africa that has not passed a national health insurance scheme and has some of the highest out-of-pocket costs for health in the region.

According to Dr Charles Olaro, the Director Curative Services, at the ministry of health, an estimated 41% percent of Uganda’s health expenditures are paid by individuals through out-of-pocket costs, followed by development partners (41%) while the government contributes only (17%).

Health insurers only contribute around 1% to health spending in Uganda.

Concerns by CSOs and private sector

NHIS Bill was passed but had issues, the reason the president sent it back for amendments with legal and private sector issues raised.

Civil society organisations are concerned about equity focus on the vulnerable and the disadvantaged (indigents), contributions for employees by employers, timely implementation of the scheme, transparency and accountability, advocacy awareness creation (right to health), sustainability and fulfilment of the national, regional and global commitments.

Private employers, on the other hand, have publicly expressed opposition to the scheme, fearing that paying employees’ contributions would raise their cost of doing business.

She thanked the Ministry of Health for reflecting their concerns in the amended draft.

According to Kiwanuka, 40 percent of the wage bill in private companies is paid in taxes thus the reluctance of the private sector to add additional taxes to the deductions made or the contribution made by employers for their employees.

She said the private sector trains 10s of thousands of Health workers every year hence there is an opportunity to strengthen and grow health training in Uganda to be a hub for the region and the globe.

“If you look at health in other countries, the support sectors are broad and many. Those systems are strong because there is a deliberate government focus on developing cottage industries and businesses because the generated revenues are reinvested locally. In Uganda, we are yet to get that level of buy-in for the health sector,” she pointed out.

According to Kiwanuka, if the local health businesses can be supported and nurtured, they will create employment and domestically generate resources that would attract foreign clients so “you have inflows of finance”.

She said the key lies in recognising what India, Turkey, Ethiopia and South Africa did to develop the private health sector to attract medical tourism.

“All those are locally owned health facilities that employ thousands and make money from international clients.”

“We need to get this bill done and assented. Health insurance benefits our Girls and Women in a special way,” tweeted Rev Mugalu who personally attended the media orientation meeting.

Proponents say once passed into law; the bill will encourage quality services for the facilities which will, in turn, get innovative to offer quality health care.

A method to minimise unnecessary hospital visits by insured members is being suggested; to have an inbuilt system of co-payment requiring all clients to pay a minimum of Uganda shillings 1,000 every time a patient goes to the hospital.

This has sparked the need for more advocacy to ensure that the president signs it in a timely manner. 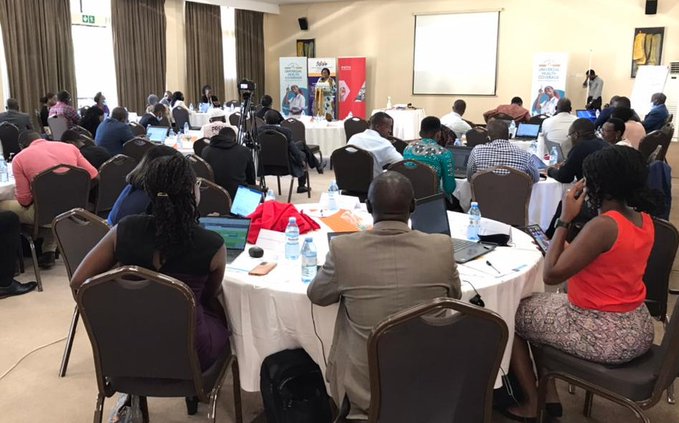 Advocates pledged to continue engaging with the President to highlight the benefits of the national health insurance scheme; they also plan to maintain pressure to sign the bill by continuing media coverage and strategic messaging.

When the bill does become law, civil society champions intend to remain engaged and support the scheme’s regulations process and implementation.