The Toyota Allex which is said to have rammed into a motorcycle and pedestrians.

Four people have died after a motor accident occurred in Lwengo district along Masaka Road.

The incident happened at Mbirizi town along the Kampala – Masaka highway on Sunday afternoon. The four deaceased persons were knocked dead by a Toyota Allex Reg No UBA 995R which is said to have been speeding.

Witnesses said the speeding car lost control before it rammed into a motorcycle Reg No UEG 115A killing two people who were riding on it as well as pedestrians, on spot.

Police confirmed that four people had died, in a statement posted on Twitter on Sunday.

The driver of the car is currently admitted at a health center in Mbirizi town. The five occupants of the car survived.

“The occupants of the motor vehicle escaped unhurt but the driver got serious injuries and he is currently admitted in a private clinic in Mbirizi town,” Police said.

Police is yet to identity the deceased. The bodies were taken to Masaka mortuary. 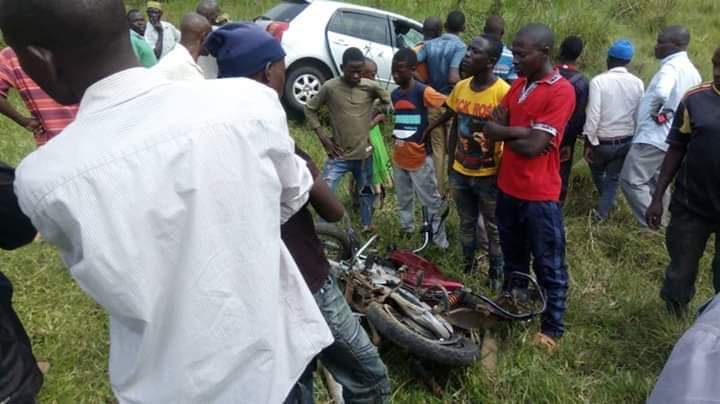