Mityana Municipality MP Hon Francis Zaake has been removed as a member of the Parliamentary Commission.

Zaake was removed as a commissioner on Thursday night in a secret ballot for allegedly insulting the integrity of Parliament after he took to social media and used offensive language to express his dissatisfaction with the Deputy Speaker Hon Anitah Among’s statement regarding his alleged torture.

In his Twitter post, Zaake regarded the Deputy Speaker as a “dishonest person” who lacks “intelligential prowess.”

Today, a total of 155 MPs voted in favour of the motion, four were against and two votes were invalid. 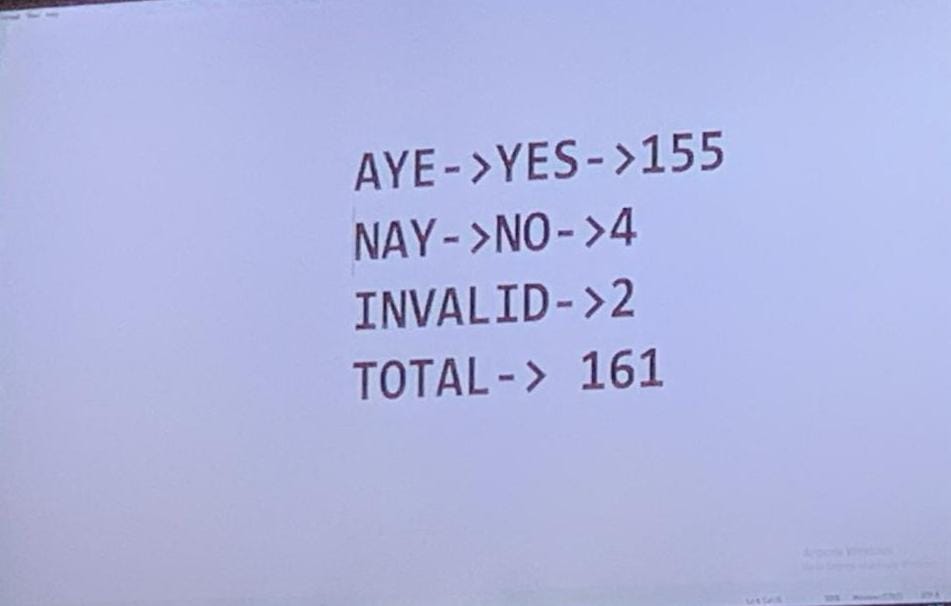 Earlier, when the House carried the motion for removal of Hon Zaake, the Deputy Speaker said he will be required to apologise to the House within one week.

“We ask the Opposition to give us another name,” she told the House.

After the House adopted the report of the Committee on Rules on the alleged misconduct and misbehaviour, some members of the Opposition exited the chamber even before the voting could commence.