Police used a chopper to airlift the persons trapped on the islands.

Eighteen people have been rescued by Police following rising water levels on River Ssezibwa in the districts of Kayunga and Nakasongola, which on Thursday swept away a boat.

The water levels on the river rose as a result of heavy rains that pounded the area last Sunday.

In a statement issued on Friday by Police spokesperson, SSP Emilian Kayima, he said that Police was notified and that an operation was undertaken and as a result, two people had been rescued by nightfall on Thursday.

“This morning, we continued the same operation that rescued the other three, all alive,” the Police spokesperson said.

“We also learned of the families that were trapped at three tinny islands between the districts of Kayunga and Nakasongola. Our helicopter was flown to these three islands rescuing all the 16 people trapped on these islands with a possibility of sinking as the water levels kept rising and the winds blowing severely,” Kayima added.

He applauded the team of Police officers on the rescue mission for conducting a successful and quick operation.

Kayima however warned those that reside or work in water logged areas to take precaution during the rainy season ahead.

“All must report possible incidents of drowning in case it happens to the area commander for quick intervention,” he said. 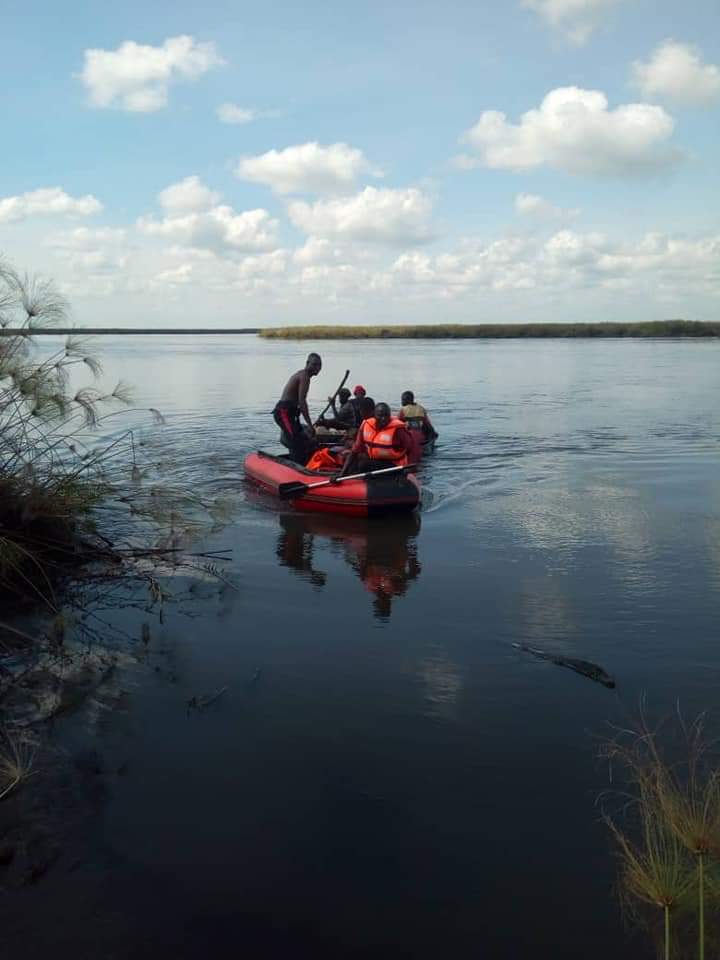