The Minister of Lands, Housing and Urban Development, Judith Nabakooba has stepped into the looming land wrangles of two areas in greater Masaka where tenants were being threatened to be evicted.

For the case of Nakigga land, four people duped the SACCO members and registered the land in their names and not in the SACCO names while in Kyesiga, a one Joseph Bukenya claims to be a custodian of the land that supposedly belongs to Indians under Masaka Jaggery Mill. 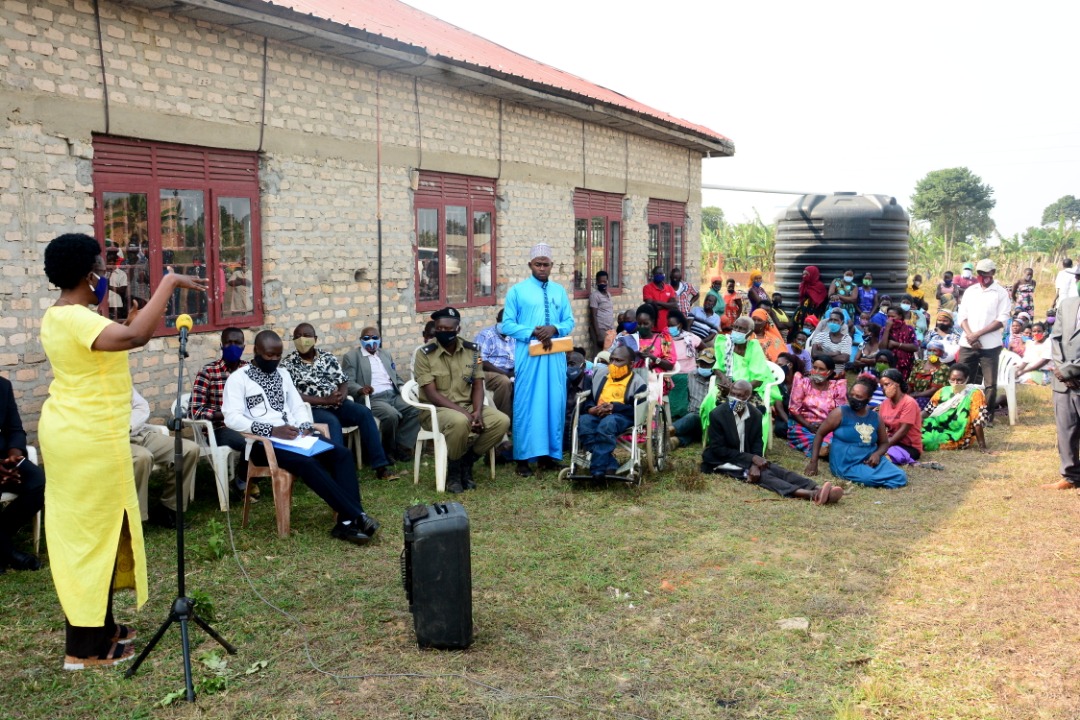 Nabakooba’s visit in the two areas was prompted by a letter she received from the Deputy Speaker Anita Among asking her to intervene in the land wrangles after Bukoto East legislator, Ronald Kanyike made the submission on the floor of parliament.

The Minister explained that when she assumed office, the President Museveni tasked her to help address the rampant land evictions across the country.

She shared that the President said there should not be anyone that is evicted unless they are paid and it will be his main focus in this term.

In Nakigga, the Minister was received by locals who claimed were being threatened to be evicted from the land. They shared with her their grievances for a possible lasting solution.

“Our Byapa system doesn’t show that the land one is buying has this number of tenants like we have heard here. From the little I have heard, I have come to a conclusion that this land has bibanja people. One would ask where the houses are but having land does not necessarily mean having a house on it,” Nabakooba said. 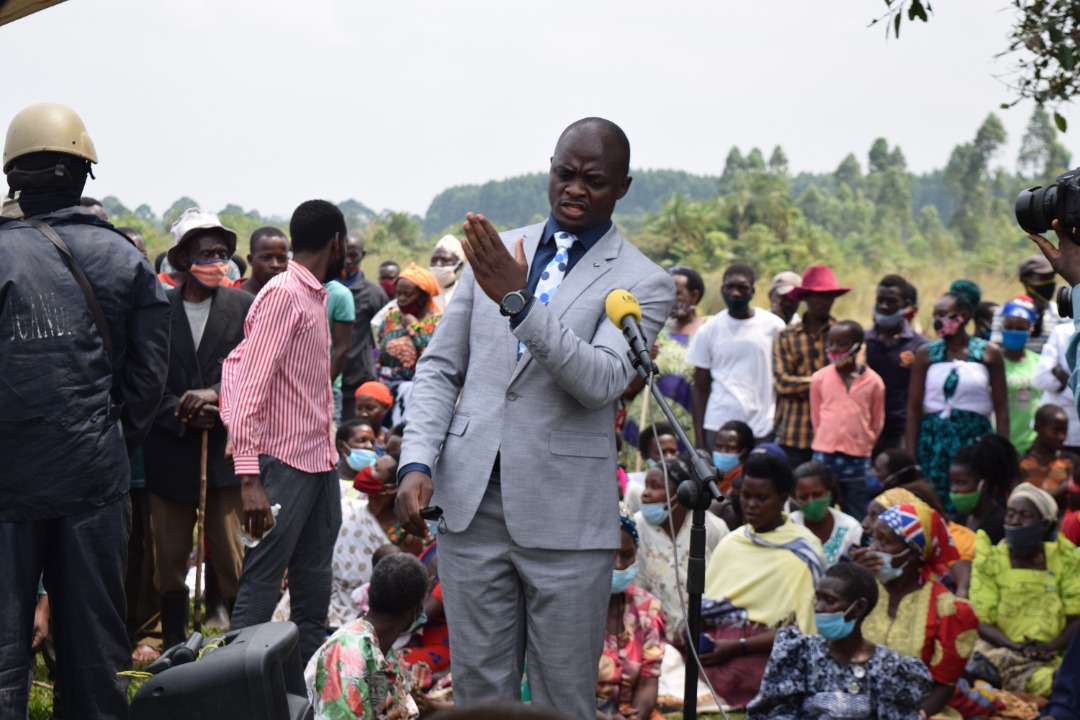 According to the documents presented to her, the minister noted that the cooperative is known and they (documents) also show that the SACCO vies for opportunities from government.

She pledged to look into the process of how these land titles in Nakigga were obtained by the four people and how the conversion from lease to freehold was done.

“I implore the DPC and the RDC to comeback on ground and make thorough investigations about the people who broke away from the cooperative and decided to register the land in their names how it came about.”

The minister also directed the area lawmaker, Ronald Kanyike, to get lawyers and put a caveat on the land as soon as possible so that the processing of other land titles is halted as investigations into the into the tenancy of the occupants is streamlined to ensure equity and fairness.

Nabakooba also tasked the law enforcement officers in the district to maintain the status quo on the land because it is still under dispute.

“DPC and DISO, I implore you to put on hold all activities going on on the land because the land has disputes on it. I don’t want to hear that people are being evicted before the reports we want have been obtained. These grievances should be sorted first and when that is done, whatever that shall be decided will be brought back to the community,” said the Minister.

Nabakooba shared that the law is clear on bibanja owners, it stipulates that the Kibanja owner found on the Kibanja 12 years before the drafting of the 1995 constitution is the rightful owner of the land regardless of whether they have the documents or not.

“We are going to bring in parliament a land bill. It is intended to help these Bibanja people and we do not want to politicise the idea. These are some of the problems we are having. We want to have the Kibanja holders settled without fear of evictions,” she said.

According to Nabakooba, the land bill will strengthen the land law so that justice and equity prevails at all times in a bid to curb the rampant illegal evictions.

In Kyesiga, Bukoto Central, Minister Nabakooba directed John Bukenya, a custodian of the land in question to work with the bibanja owners to forge a way forward rather than evicting them off their land.

She also asked him to call for a meeting with these bibanja owners and the Indians to devise a lasting solution before cautioning the Masaka District Police Commander against giving protection to people that are evicting land owners.