Vendors forcefully bathed one of their colleagues, Joram Natukunda who had an unpleasant odour.

KABALE – Drama ensued in Mwanjari, Kabale municipality as vendors forced one of their colleagues to bathe.

Joram Natukunda, a samosa vendor was on Tuesday morning dragged to Kiruruma river by angry residents who accused him of killing their appetite for food by his awkward odour that was as a result of not bathing.

Joram Owomugisha, the leader of vendors said that in order to preserve the standards of their business, they resolved to maintain good sanitation at their work place.

“We vowed to discipline whoever appears to work without the appropriate cleanliness and this guy was one of them. He had frequently appeared here with a strange smell so we resolved to show him the best solution,” he said.

Owomugisha said that they will continue the practice and whoever is found in wrong will not survive their hand.

“Our battle is to see that whoever does not meet the expectations of this business either leaves or meets our harsh hand,” he warned.

Bruno Bataringaya, another resident blamed Natukunda for being reckless by not following the expected sanitation demands.

According to Eric Tumusiime, people like Natukunda do not deserve to live like others and thus they “deserve harsh treatment so as not to infect the rest of the community members with irresponsible living.”

However, Natukunda denied allegations that he was not showering but rather said that he had delayed to wash his underwear which caused him problems.

After the shower, Natukunda was whipped 7 times to deter him from poor hygiene. 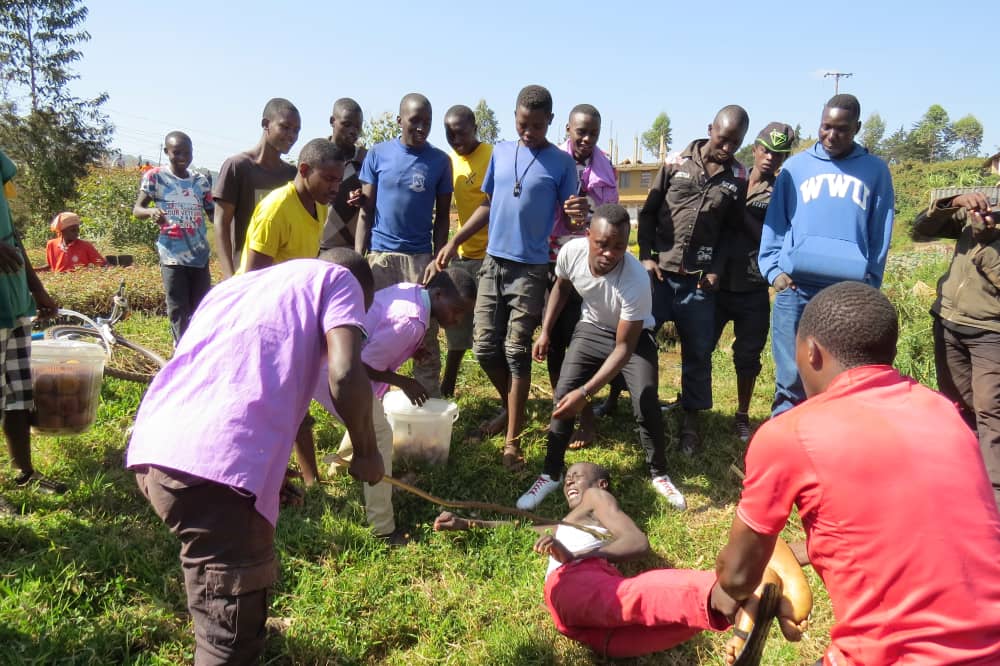